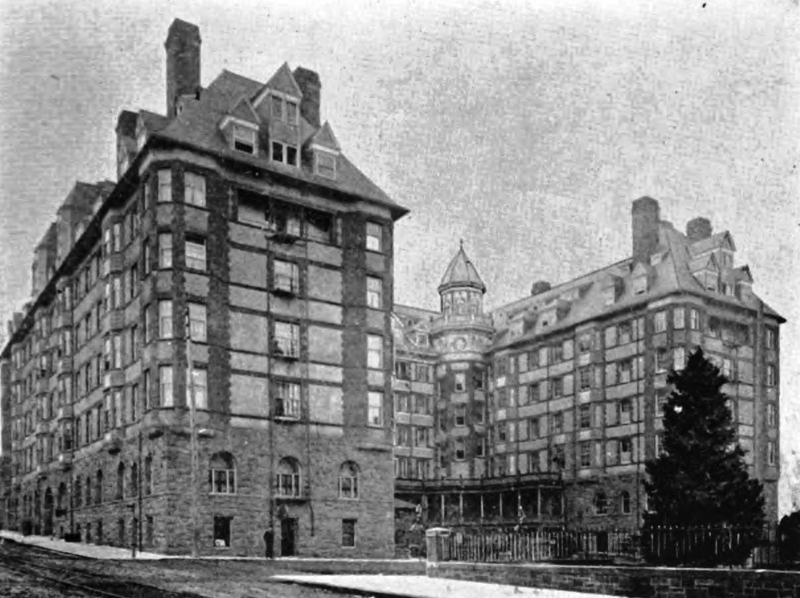 The Square has a # of fun features...including...
Food Carts Include:A collaboration of Olympia Provisions and Tillamook Cheese called...Learn more about the carts
Pioneer Courthouse/ Post Office – (1869) `
The Jackson Tower (1902)...
Good Coffee - 813 SW Alder
sPELLA - 520 SW 5TH - showcases the Italian-American’s love for palate-engaging blended roasts and a fondness for rare bean varietals imported from Brazil and India. Order a traditional cappuccino and look for bags of tiny, handpicked peaberry beans from Karnataka, India, to savor back home.
Revolución Coffee House - 1432 SW 6th Ave. In addition to coffee, this café offers traditional Mexican comfort drinks, light fare and desserts. They serve single-origin Mexican coffee grown by fair-trade cooperatives of native Mayan farmers.
DT Coffee Shop MAP - DT Coffee Crawl
"The Schnitz":
This epic neon sigh used to say Paramount. If your hesitating to walk under it, your fears are not unfounded. In the 1980s it fell to the street, and was replaced by this sign. The Schnitz is the home of the Oregon symphony and other performing arts groups. Originally a vaudeville hall, then a movie house (Paramount), then a concert venue, and falling on hard times I think in the 90s when rock groups took it over.  It's now a great place to see just about any performance. The ornate Italian Rococco Revival interior and romantic lighting make even the most mundane lecture seem fancy.
South Park Blocks - In 1852, the farsighted pioneers set aside 25 blocks of parkland running north to south through Portland intending the blocks to serve as both a promenade and possibly a firebreak between real estate investments and the wooded hills above the new townsite. By the 1870s, the South Park Blocks had become a prestigious residential district lined with Italianate mansions and churches. Through the end of the nineteenth century, the Park Blocks developed as a "promenade ground," complete with Dutch elms planted in rows and even, briefly, a racetrack. Now known as the Cultural District, as the city moved westward, the "South Park Blocks" were chosen as the ideal place to locate some of the city's most important institutions like...
Rebecca at the Well fountain - (1926) Heroic statues of Theodore Roosevelt and Abraham Lincoln and the elegant, diminutive Rebecca at the Well were donated to the city to add art and history to the Park Blocks. Made of bronze and sandstone, with 3 inner fountains for people and 3 outer fountains for animals and has a biblically inspired design.
The Masonic Temple (1924) is a foreboding, tomb-like building with historical associations with its Greek cast-iron colonnade, window grilles and Byzantine central door with an exotic sunken ballroom. Now it's part of the Portland Art Museum.
Portland Art Museum - (Building from 1930; founded in 1892, making it the oldest art museum on the West Coast) listed as one of the 100 best-designed American buildings, is notable for its elegant, clean lines; pleasing combination of orange-red brick and travertine marble; and lack of historic ornamentation.
Lincoln High (1869; SW Park btwn Market & Mill) - The Simon Benson House - (1900) -
Oregon History Center & Sovereign Hotel (1923 & 1966) -
Inside:
1st Congregational Church (1895) -
IRA KELLER FOUNTAIN -
City Hall - the Liberty Bell was bombed during the Vietnam War and OWS protesters were camped out here for weeks in 2012.
Chapman & Lownsdale Squares
is a park block donated in 1852 at a time when an elk was still said to graze here. The current elk statue dates to 1900.
Elk Statue
There's a charm in driving around the proud Elk. Hear the water running into the 4 horse-drinking troughs.
Imagine a century ago reining your horse buggy to a stop here while all around you is the clatter of horse hoofs on cobblestone streets. It was a great & romantic period.
Portland Building (1982) -       It raised eyebrows in 1983 for its daring angles and its teal-rust & creamy, bony undead hand color scheme. It houses the administrative branch of city government. The controversial building was designed by Princeton architect Michael Graves (who shares DNA with a Target toaster). The windows will serve as archery slits when the barbarian hordes attack. Speaking of small windows; science has shown public employees need less light anyway. And the thingies poking out of the sides: a delightfully intriguing mystery. Its leaking roof and multi-million dollar repair distracted bloggers for years.
*Postmodern architecture is a style or movement which emerged in the 1960s as a reaction against the austerity, formality, and lack of variety of modern architecture. It thrived in the 80s and 90s. Postmodernism sought freedom from rules and from the idea of one “right” voice. Instead, employing a cut-and-paste approach and a mashup of eclectic styles, the buildings often appeared as collages of unexpected references and symbols. This move away from architecture as a universal object favored local and individual expressions of place-making. 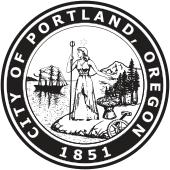 Portlandia Statue  & TV Series- (1120 sw 5th) -
In size, Portlandia (a bronze statue) is second only to the Statue of Liberty